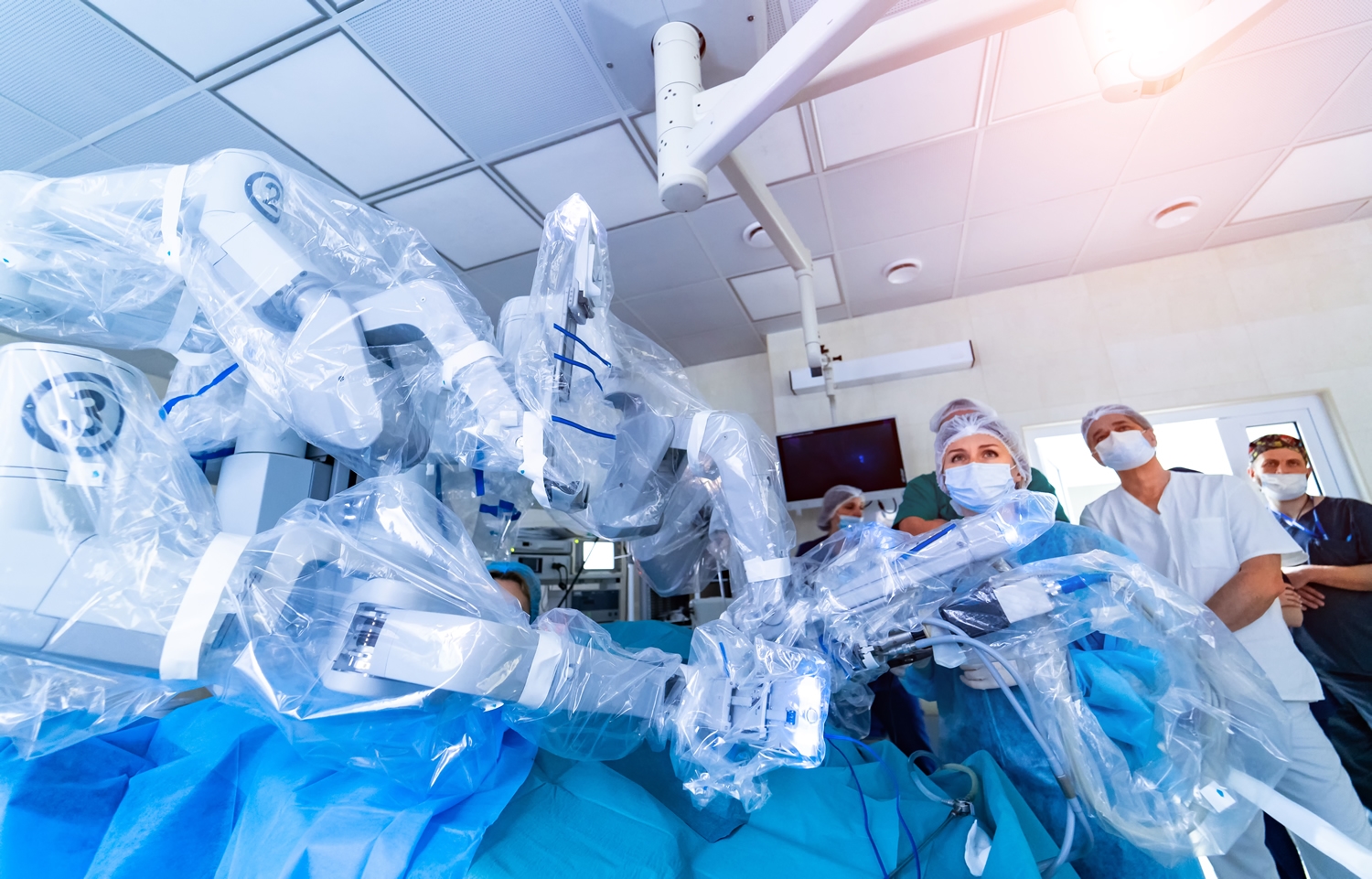 Since the new millennium, the Da Vinci family of machines have been involved in performing an increasing range of minimally invasive surgeries at an increasing number of sites with astonishing results.

But let's get one thing straight - the MACHINE doesn’t perform the surgery, a surgeon does.  A surgeon is connected to a real time, almost VR control console that feeds him/her detailed information and translates hand and foot controls to direct the various tools in their precise directions. In actual use, Da Vinci machines are not truly robots, at least under the common definition of the word:

Oh, their programmed instructions are complex. Yes, they serve admirably to deliver a series of actions. But they don’t perform those actions automatically. They’re Waldos:

Waldo: a remote manipulator…operated either mechanically or electronically.

Don’t take that as a bad thing – Da Vinci machines are a commercial and medical success story in both design and operation, and their automation part is developing fast. Your car can perhaps self-park under ideal conditions, but there is a reason we don’t yet trust them to self-drive un-assisted. In widely discussed tests, Da Vinci systems have performed well - for a beginner - in simple routine automated tasks such as ‘cancer’ tissue removals and suturing. Performed well, as in 70-90% accuracy. That’s not prime time ready, or at least not for the patient it isn’t.

Like many specialist systems, the user is excluded from experimenting with the operating system and controls - which really goes against the grain in surgery, which has largely developed because of the experiential nature of the typical surgeon’s approach - altering and commissioning tools, developing techniques on the fly, sharing those developments widely and quickly.

Typical among commercial products, there is a significant drive towards great publicity and profit by Intuitive Surgical. But as with any completely new product definition, there have been obstacles and teething problems, including lingering questions relating to the FDA approval. Headlining Robotic Surgery is a marketing staple of many advanced medical services, but few studies suggest robotic results improve on manual laparoscopic surgery. Patient outcomes are similar, time ‘on the table’ is comparable - but the cost of the learning process and the machines purchase and upkeep should, it is argued, bring greater rewards in time.

Da Vinci is no longer the only game - and upstarts like STAR are inching towards truly autonomous surgery. In a live test, a Smart Tissue Autonomous Robot (STAR) sutured a pig’s small intestine without human intervention. And by some measures it did a better job than the human surgeon performing the same task.

All this puts the surgical robotics space at the Proof of Concept (PoC) stage, edging towards their Minimum Viable Product (MVP).

The Da Vinci system consists of three basic components.  First, a three- or four-armed robot cart adjacent to the patient, the position of which can be adjusted by the surgeon before or during the surgery.  Second, a control console at which the surgeon sits, with visual information supplied via a fixed console stereo screen/headrest (pseudo 3D imaging) and control interfaces for his or her hands and feet to drive the positioning and function of the tools/cameras.  And thirdly, the various instrument arms (referred to as EndoWrists) that the arms carry, which are the surgeons’ virtual eyes, hands and tools.

All of these components can be considered maintenance-free, beyond monitoring for normal operation and untoward movements or noises. And of course, purchase of the system entails a highly lucrative service contract with Intuitive Surgical. But all aspects must be always kept at appropriate hygiene levels, to be able to serve their purpose without creating patient infection opportunities.

The robot cart is a typical industrial robot construction. It would look perfectly at home in an electronics factory or a car plant.  It quietly and reliably carries the tools to where the surgeon instructs and operates them according to his movements. It has a steady hand and infinite patience. It is deliberately over-specified for strength and reliability, and it has a sleek and easily cleaned exterior.

Hygiene is clearly a major factor in any surgical equipment within the ‘scrubbed in’ space, and Da Vinci is no exception. All surgical equipment is subject to contamination, and complex devices that are sited by their nature very close to the patient can become splashed with blood and surgical residues. Built to be cleaned, it is housed within gleaming white plastic enclosures that can readily be sprayed or cleansed with sterilising wipes. Every axis of motion provides complex spaces within which surgical residues, environmental contaminants and detritus can be concealed. The overall device cannot withstand typical instrument sterilisation processes (heat, intense UV, steam, pressure or Gamma irradiation), so it falls to a painstaking manual process to ensure that all moving parts are fully extended and washed/wiped down to achieve tolerable levels of hygiene.

The control console is a bulky and unwieldy looking device that the surgeon sits in front of, head resting on a pad, eyes covered by built-in goggles and hands and feet at the various axis/operational controls. It is clearly the embodiment of conflicting design requirements, and various studies have shown that the seating position requires the operator to adopt a non-ergonomic neck and torso position. All positioning aspects have limited adjustment, but it’s hard to avoid the idea that this is an intermediate stage, before a truly virtual reality interface is developed – by surgeons or by manufacturers.

Hygiene requirements for the surgeon console depend entirely on whether it is within the scrubbed-in space. Remote operation from a non sterile environment suggests normal levels of hospital cleaning - whereas placing the console in the operating theatre requires similar levels of attention to hygiene to the robot stand, albeit that the console can be positioned away from the risk of direct surgical contamination.

The brilliance in the Da Vinci system lies mostly in the tools - the EndoWrists. These devices deliver ultra-compact, hysteresis-free, with precise motion over a wide range, with several degrees of freedom, in a package that can enter through an incision of a few millimetres. And all built into a module that can be autoclave-sterilised and is of low enough cost to be disposable after ten uses.

The EndoWrist devices are the only part of the system with direct patient contact, and their necessary presence within the wound(s) sets them apart in sterilisation needs. Just cleaning isn’t enough - they must be resilient to autoclave sterilisation, with all interior parts and lumens (galleries around moving parts) accessible for this. The necessity of autoclave sterilisation is the driver of the disposable nature of the devices - because this type of sterilisation is destructive of precision parts in a variety of ways we shall explore below. These devices - and a number of more reusable tip accessories - costs range from hundreds of US$ and upwards.

There is novelty and brilliance in the Da Vinci system. Not only were they the first to market, but their original concept has held up well, after 20-plus years of design maintenance.

The aspect of the system that demonstrates this resilient design brilliance best is the end effector motion control system used in the EndoWrists. They employ a recirculating wire rope system that, on first examination, beggars the imagination of most observers. They’re not the first in the robotics sector to employ this system, though perhaps they are the first to do it at such a tiny scale. Their execution of this mechanism to build a multi axis end effector deserves closer evaluation.

These devices essentially snap onto the arms of the Da Vinci, using a robust quick release mechanism - and the drive motors in the arms engage with the drive inputs on the EndoWrists to provide a low hysteresis coupling.

Typical EndoWrists are about 22 inches long, most of the length being a carbon fibre shaft of about ⅜ inch diameter which carries all of the drive wires and electrical conductors connecting the upper control module to the end effectors.

The elegance is best described in simplified images - images of circulating aircraft cable drives which pass from pulley to pulley, guided around each centre of rotation.

These cables rotate the final wheel which drives the jaw - cable is fed to the slack side and pulled from the desired motion side in perfect harmony.  So there is no hysteresis, no jerking, and no changes in friction or force required for accurate motion. This single loop drive approach is used for each degree of freedom, allowing each axis to alter the end effector position without affecting the others - closing the jaws is not influenced by lateral or polar axes moving, so a clamped artery can be repositioned out of line of sight, without the jaws releasing.

The anterior end of the EndoWrist contains the drive capstans - which are also rigidly attached to the drive cables - using pretension and a crimped ferrule at each cable end.

Clockwise and anticlockwise motion of the capstan feeds cable to the relaxed side of the motion and pulls it from the tensed side, rendering the motion precise and responsive to the micro movements that are so critical in the surgical process. Whether retracting an artery to allow an incision, positioning the endoscope cameras that are the surgeon's eyes, or pushing a needle suturing a wound, the force and precision of this mechanism serves. Overall this method of force transfer allows delivery of significant effector force at the point of application,  be it scalpel, clamp, retractor or any other. But it’s not without issues:

Intricate and complex mechanisms right at the point of surgery create sterilisation and protein residue removal issues. This is addressed somewhat by placing a flush tube through the length of the EndoWrist, to allow manual flushing of the obscured parts of the mechanism.

High voltages (for cauterising), fluid exposures and regular autoclave sterilisation take a toll on parts of the mechanism. Disposability has been achieved by driving down the component costs as much as such a critical and precise mechanism allows.

Most end effector parts (clamps, cuaterisers, scalpel blade carriers etc.) are made by metal injection moulding - all the precision and repeatability of CNC machined parts, but significantly lower cost, once the costly tooling has been amortised.

Many parts are swaged to reduce part count and assembly labour

Little protection provided to enable long term use - it is clearly to the manufacturers advantage to make these devices disposable - it’s a modest cost centre for the medical facility and a significant revenue benefit over a 20-30 year robot lifetime. 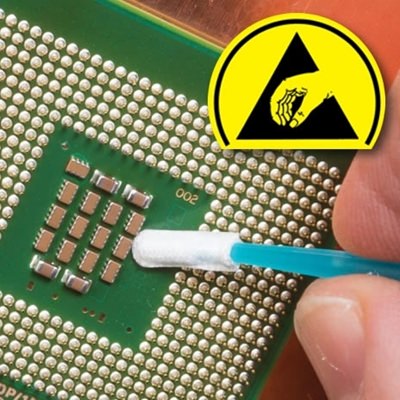 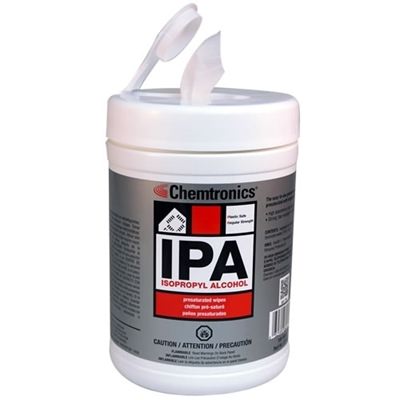 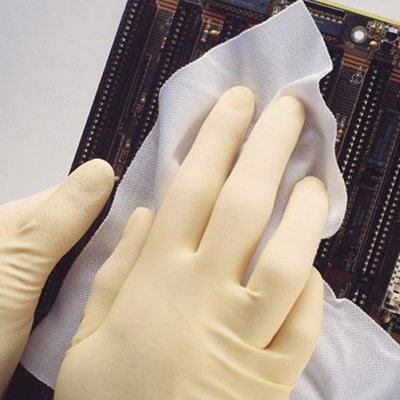